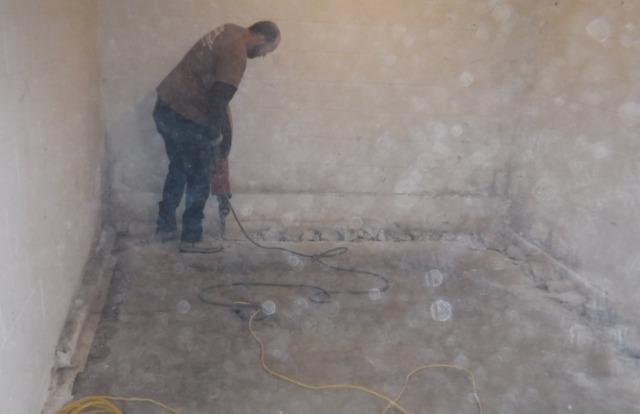 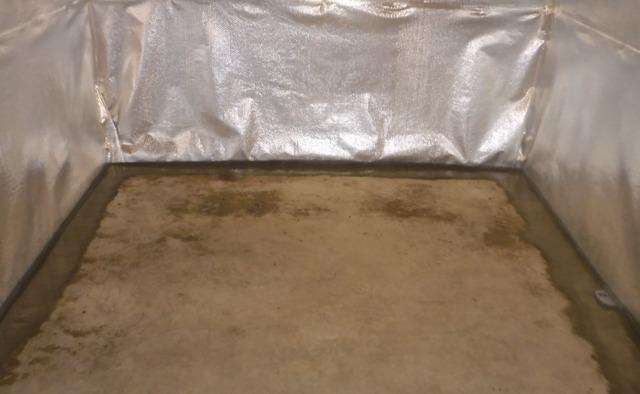 All basements are uniquely different than others. Although some basements might require the same process of work to manager moisture levels, sometimes there are other routes to take. This basement in Scaly Mountain, NC took a route of action that is rarely used anymore.

To address the issue of moisture in their basement they had our All-Dry of the Carolinas team install The ThermalDry Wall System. Our ThermalDry Wall system is a type of vapor barrier that has two different sides. The side that is attached to the wall is made of bubble wrap. This bubble wrap provides space for the water that is leaking down the walls to flow into the WaterGuard. The bubble wrap also works as insulation for the basement. On the other side of the ThermalDry Wall system, it is made of foil; this foil is used to reflect heat back into the basement.

WaterGuard was also added to the perimeter of the basement. The WaterGuard system intercepts the water at the perimeter of the basement and drains it unseen and safely into the SuperSump where it is then flushed from the basement. WaterGuard is different because it is designed to not sit in dirt like most draining systems do. There is a special wall flange that creates space between the floor and wall allowing wall seepage to drain through the WaterGuard while keeping it away from the dirt. Since this type of drainage is separated from dirt, the chances of it clogging are nearly impossible! The WaterGuard leads the water to the SuperSump where it is then flushed from the basement outside to the LawnScape outlet. All resulting in a dry basement! The SuperSump Pump is a sump pump that can pump up to 2,650 gallons an hour, has a WaterWatch system, Superliner with 96 holes for water flow, and an Airtight Lid. The SuperSump then drains all water outside through the LawnScape Outlet.

In the ‘Before” picture you can see our All-Dry of the Carolinas team preparing the basement to the installation of WaterGuard. In the “After” picture you see a fulling insulated basement with ThermalDry Wall and WaterGuard.