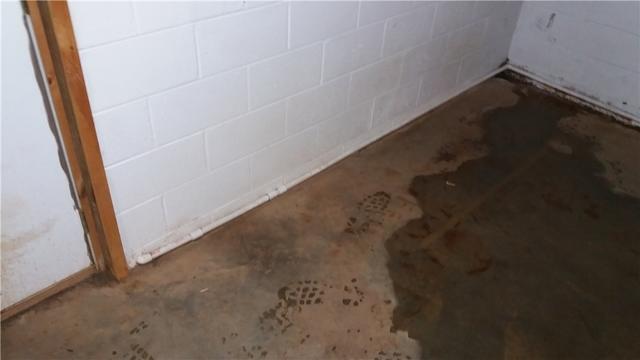 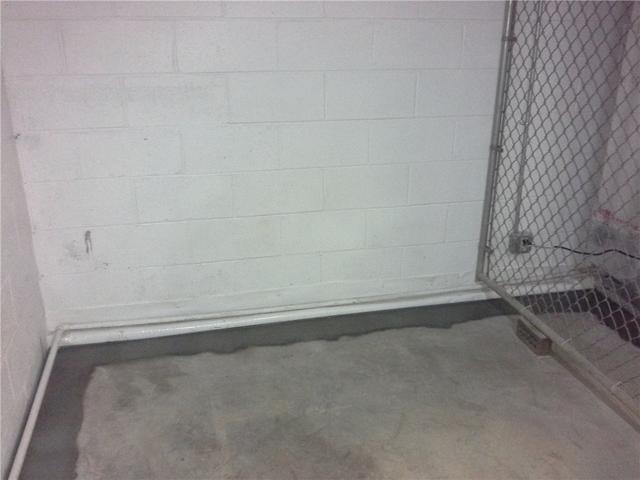 Water intrusion in basements and crawlspaces is an extremely common problem, which is an unfortunate truth for homeowners almost everywhere. Even a small amount of water intrusion can cause some pretty serious issues, so even small leaks should be looked at seriously. This happened to be the case for this homeowner in Tryon, NC. There were only a few places where the water was coming through, but where it was coming through, it was a lot.

The "before" photo shows one of the main areas that the water was coming into the basement by. As you can see, the area that the water is coming from is not very big, but the amount of water that has come into the basement is pretty significant. This would happen to the homeowner quite often, and they knew it was something that needed to be taken care of as soon as they could.

The "after" picture provides a much different look at the basement, it almost looks like a new area! The main product that was installed was the WaterGuard drain, which is installed around the perimeter of the basement to catch any and all water that may come through the basement walls. After the water is caught by the WaterGuard, it is drained down to the SuperSump where it gets pumped out and away from the home.