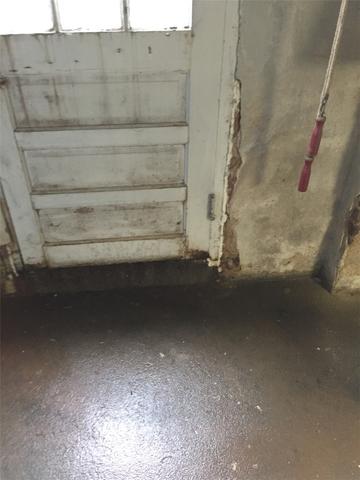 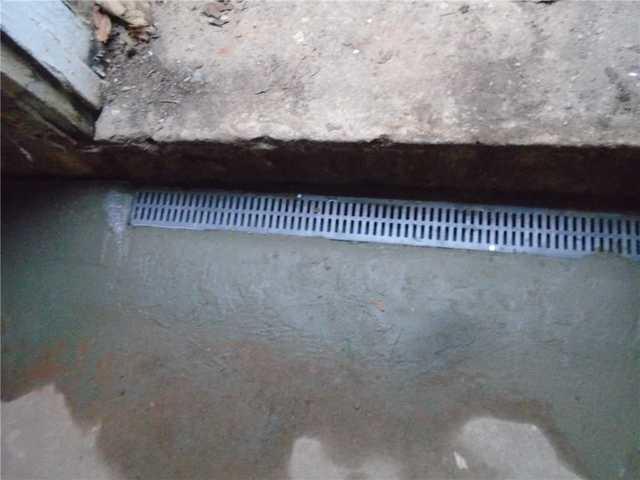 While we deal with water intrusion and waterproofing issues on a daily basis, however something that we don't get to see nearly as often is when a basement is actually flooded. This is pretty much the worst case scenario of a home with a basement, but it is still something that we are able to take care of. Our system is able to handle a significant amount of water, even more so than this homeowner had experienced.

This photo does not quite do this situation justice with the amount of water that got into the basement. The main source of water intrusion was through this basement door that didn't really have any way of preventing water from getting in. When there would be heavy rains, the water would run down to the lowest area (the door) and would begin to slowly make its way into the home. The homeowners realized how big of an issue that this was and wished to get it taken care of as soon as possible!

Fortunately we have seen and waterproofed basements that were similar to this one and some that were even worse off. So when this homeowner came to us to see if we could help, we knew that we could. The product that has been installed in the photo is TrenchDrain, which is integrated into the WaterGuard  system in areas that are prone to more water flowing over it (i.e. doorways). Now any water that makes it past the door is immediately captured by the drain and taken off to the sump pump!