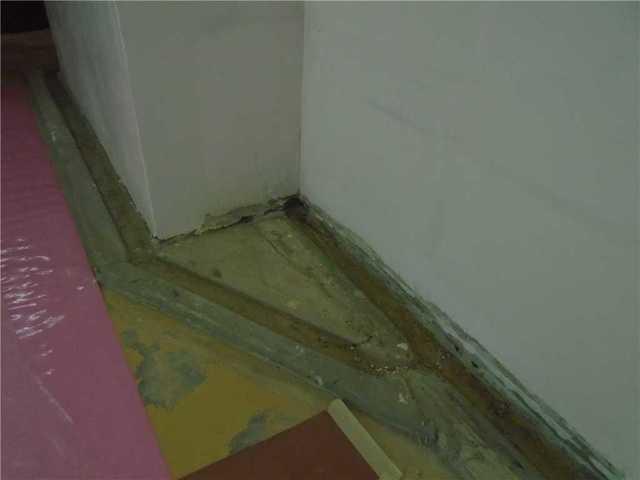 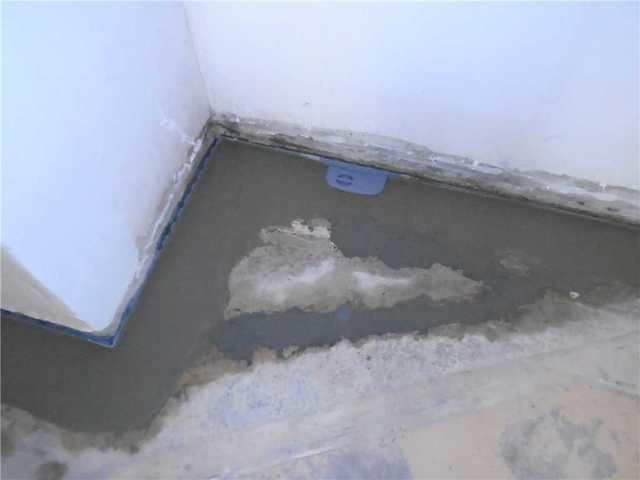 This homeowner was in the middle of a renovation of their basement, but not on their own accord. Unfortunately this homeowner's basement had flooded and wrecked most of the area. They were in the middle of the renovation when they called us to see what we would be able to do for them. They wanted to make sure that before they finished it up, that they made sure they were protected from another flooded basement.

This is only a small part of the entire system, and only shows one small corner of the entire basement. However, these pictures give a pretty good idea of what the basement looked like both before and after the work was finished. You can see a little of the water damage along the wall, which is never a good sign. Mold can very easily grow on wet drywall, which can cause many more problems.

But have no fear, because WaterGuard is here! The after photo shows part of the installed system. This will help to prevent any water from staying in the basement, by collecting it and immediately draining it to the SuperSump Pump, which then pumps the water away from the home. The homeowner was so happy to not have to worry about this ever happening to them again.