Sump Pumps Before & After Photos 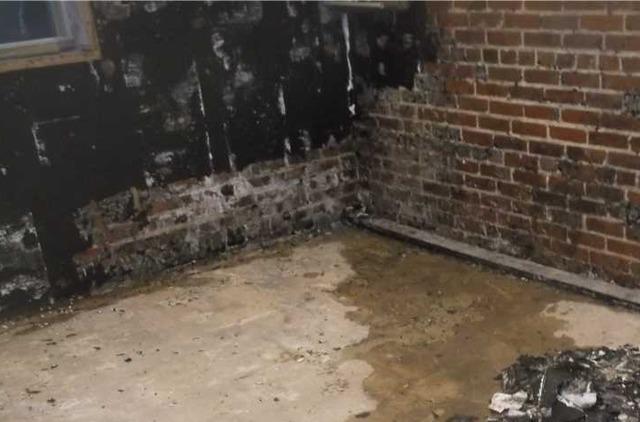 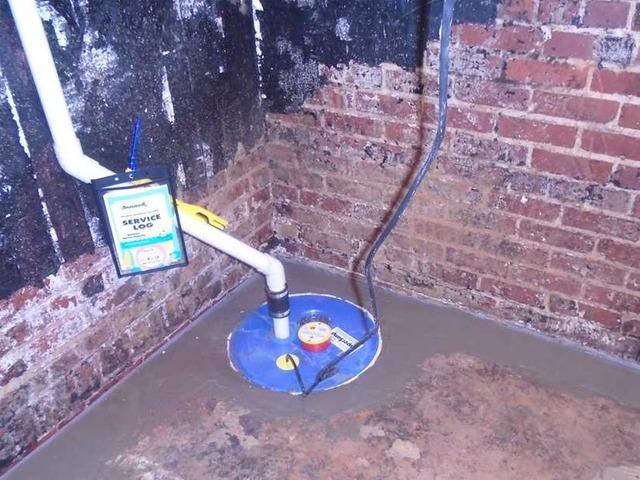 This basement in Columbia, South Carolina was experiencing intense water issues. Whenever it would rain heavily, water would pour through the walls and cover the basement floor. Even the drain in the middle of the floor could not sufficiently remove the water. Much of it would remain standing in the basement without a means to leave.

Our solution in the “after” photo is to install a SuperSump. This sump pump captures water efficiently and expertly directs it out of the basement. It’s made with a high-end 1/3 hp Zoeller cast iron pump with a mechanical float switch. It even resists clogging. It comes with an airtight lid and a WaterWatch Alarm system that sounds off if water rises above the point where pump should turn on.

It’s the perfect solution for a messy problem. If you have any doubts, check out our customer Testimonials. 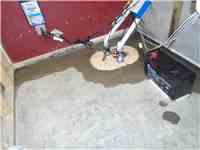 Our customer in Columbia, SC owns a business that needed some restoration, but the basement had an issue with water intrusion when it rained, so the business owner had to fix the water problem before any restoration work was started.

In the "before" picture you may not notice any issues, but when we arrived to give the customer a free estimate it was not raining that day, but the customer informed us that when it rained heavily the water would come in through floor consistently.

The best resolution for this customer was installing a WaterGuard System and Sump pump. The WaterGuard system is a piping system that intercepts water at the perimeter of the basement and the sump pump keeps the water pumped out of the basement. Some may ask why we use these interior systems rather than exterior french drains? Simply put, time and cost. To install an exterior drain around the perimeter of your home, basement waterproofing contractors will first need to excavate the area around your foundation with a backhoe. Before this can be accomplished, anything around the perimeter must be removed- including porches, shrubbery, gardens, sidewalks, steps, part of the driveway, and anything else that may be sitting near the foundation. The WaterGuard system is installed indoors with little or no prep-work by the customer.

The "after" picture shows the same basement with WaterGuard and the Sump Pump installed. Notice the wet concrete around the perimeter. The All-Dry of the Carolinas crew has broken up the concrete, installed the WaterGuard piping, and replaced the concrete. The WaterGaurd is under the concrete, so no square footage is lost and the customer does not need to worry about accidently damaging the WaterGuard! 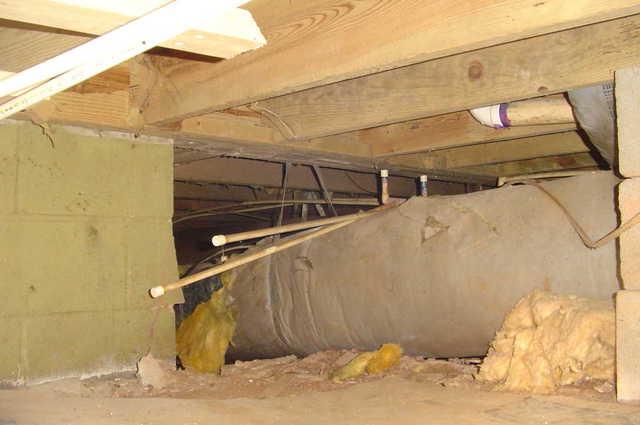 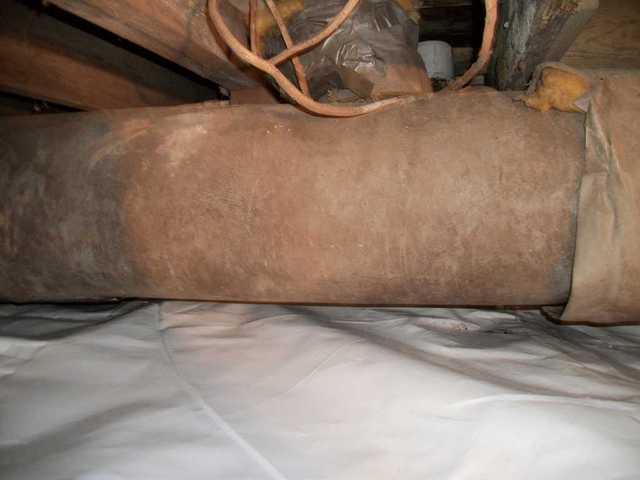 Basements with an open area under the stairs are great for if we need to install a system in the home. Not only does it help us out, but it also gives the homeowner an area where the sump pump can be contained, without really having to see or deal with it. This was the case with this homeowner and their basement. In this basement, we installed WaterGuard drainage, as well as a SuperSump pump system, which is what will be shown in the after photo.

The "before" picture shows the open area that is beneath the stairs leading to the basement. But more importantly, this shows the area where the SuperSump will be installed. This is such a good area because it usually is not used much (or in some cases, at all by homeowners), so when the sump pump is installed, no real space is taken up by the system. It gives our service technicians an easily accessible area, while still being able to be concealed by the homeowner.

The "after" photo shows off the installed SuperSump pump system. As you can see, it certainly is not the most invasive system, but it does require quite a bit of room. It has more than enough room to be installed here, and the fact that it is up against an exterior wall is another plus! We try our best to install the sump pump an area that is not used very often or that is hidden away.

Greenwood, SC Basement is Saved by CleanSpace and SuperSump 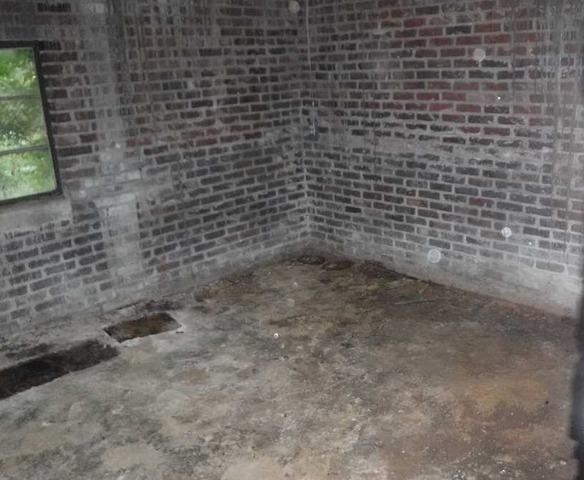 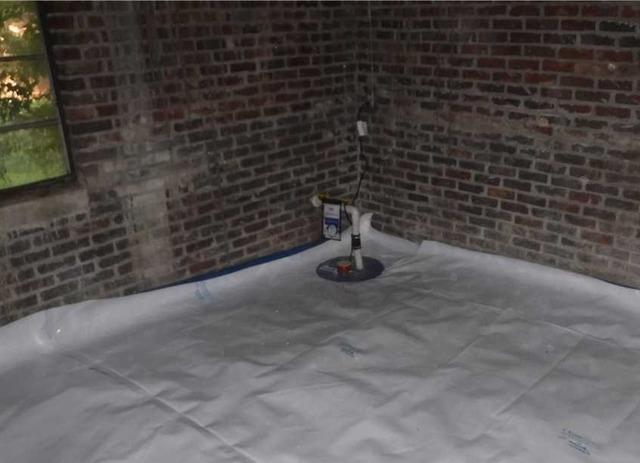 As you can see by the look of it, this Greenwood, South Carolina basement was having more than its fair share of water issues. Water would often pour through the walls and wash over the floors leaving it stained and messy. When our Design Specialist saw this he was not surprised. Many basements have water issues. The difference that separates this one from those is what you choose to do about those problems.

Take a look at our “after” photo. The idea behind the sump and the CleanSpace is to collect the water from the walls and distribute it away from the home. To do this, our Design Specialist installed our signature CleanSpace liner. It’s a 20mils thick liner that is nearly impossible to rip or tear. The pump is our patented SuperSump placed in the lowest point of the basement to collect the water as it flows to the low point. The CleanSpace actually helps direct that water to the pump, keeping out of the main floor of the basement. 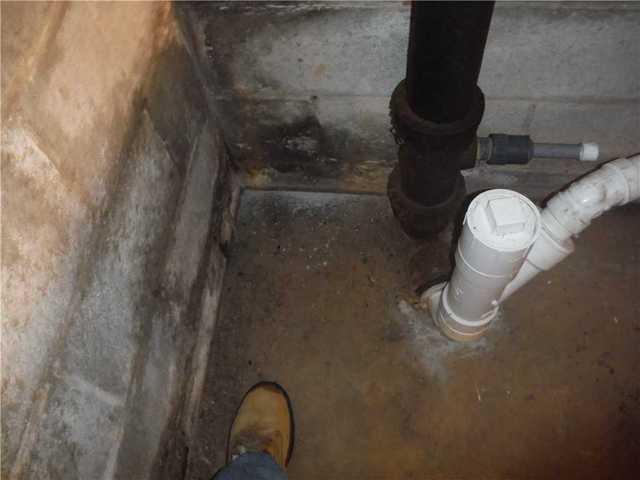 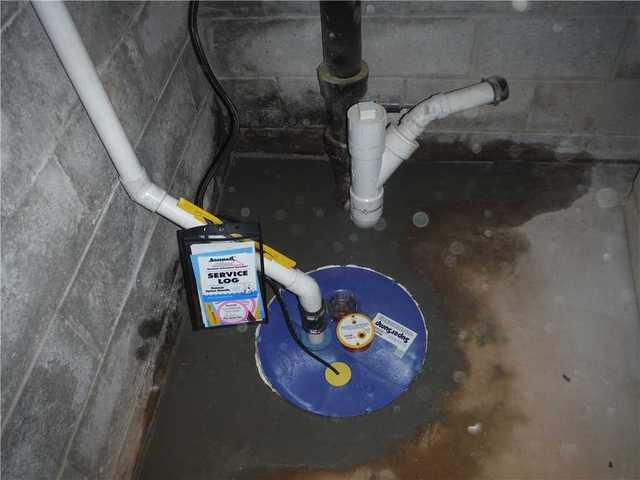 Sump pumps are often a pretty common product whether we are doing a basement or a crawlspace project. Sump pumps are where the water drains to, and where the pump is located that pumps the water outside of the home. This homeowner decided to go with a SuperSump pump system, which is probably the most popular of the sump systems that we install.

The "after" photo shows the same area as before, but with the SuperSump pump system installed. While it may not seem like much, this sump pump paired with the WaterGuard can effectively protect this basement from water intrusion. Our sump pumps come with a WaterWatch Alarm, which is the device almost in the center of the pump. This alarm will notify you if the water has risen above where the pumps should be running. This gives the homeowner enough time to address the problem before the water overflows. There are several great parts to our sump pumps and if you'd like to learn more, click here.