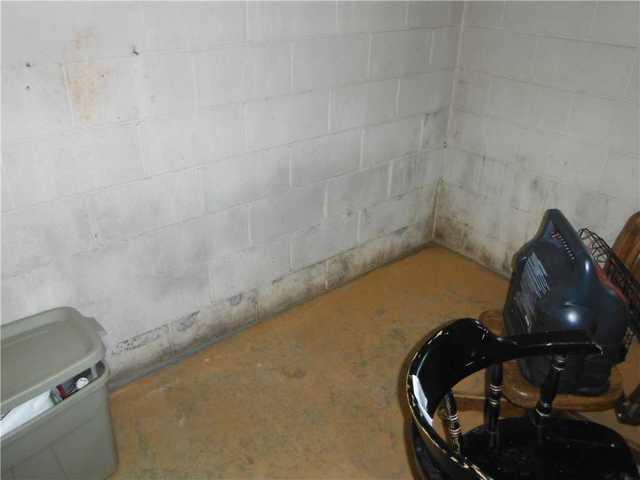 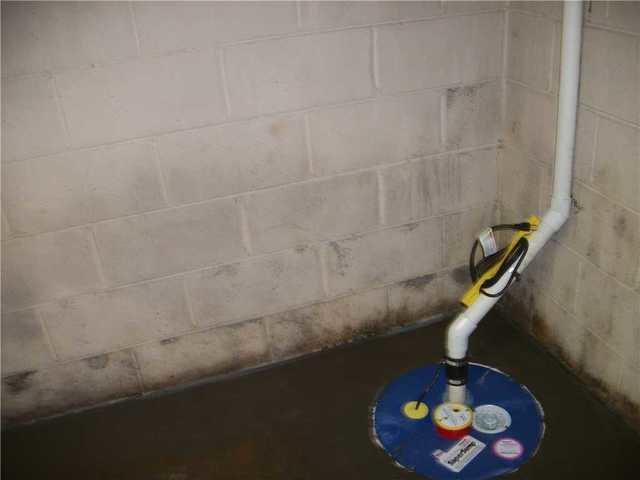 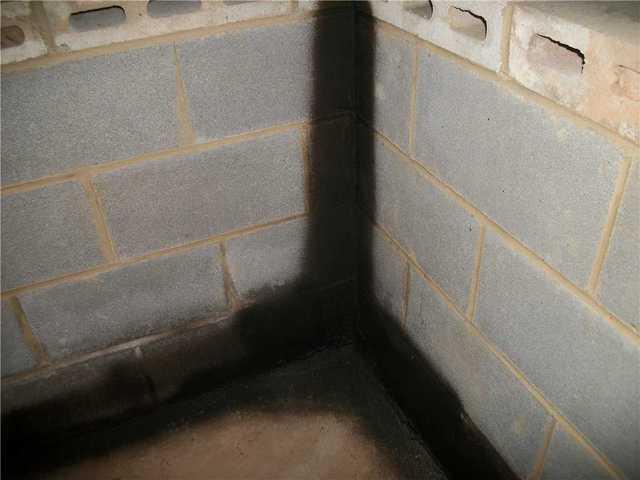 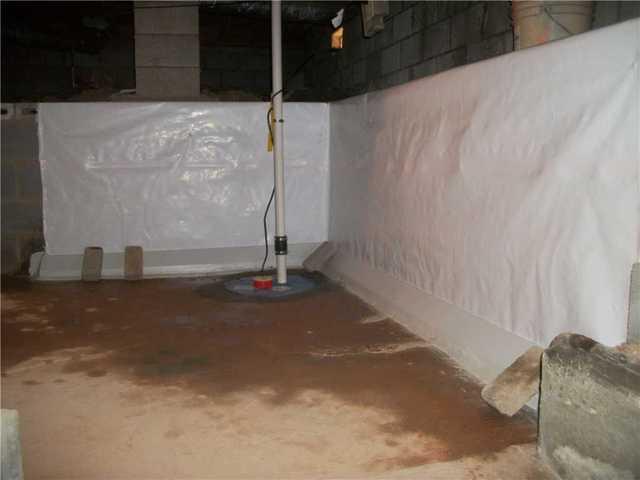 This homeowner was having issues with water getting into their basement, mainly through the wall separating the basement area, from the dirt crawlspace. Since this was a unique situation (usually a home either has a crawl space OR a basement and in some cases, they have both, but they are much more separated), there was a little more planning that had to go into this project.

The "before" picture shows the area in which the water was coming through the most, the corner of the wall. Don't worry, that is not mold! This was a waterproof spray/coating that the homeowner had tried, without any luck. IF these types of products work (and that's a big if), then get ready to keep having to respray constantly, because this is definitely not a permanent solution to water intrusion issues.

The "after" photo shows the same area, with a little wider view. It shows all of the products that were installed in the basement; DryTrak, the sump pump, and a little bit of CleanSpace Liner! All three of these products do a great job of getting the water out of the basement. First, the CleanSpace liner helps to direct the water down the wall and into the DryTrak. The DryTrak then directs the water to the sump pump. The sump pump that was installed was a SuperSump. Once the water enters the sump pump and gets to a certain level, the water is pumped out (through the white pipe coming out of the sump pump) and somewhere in the yard. Between these three products, the basement/crawlspace combo is protected from water intrusion. 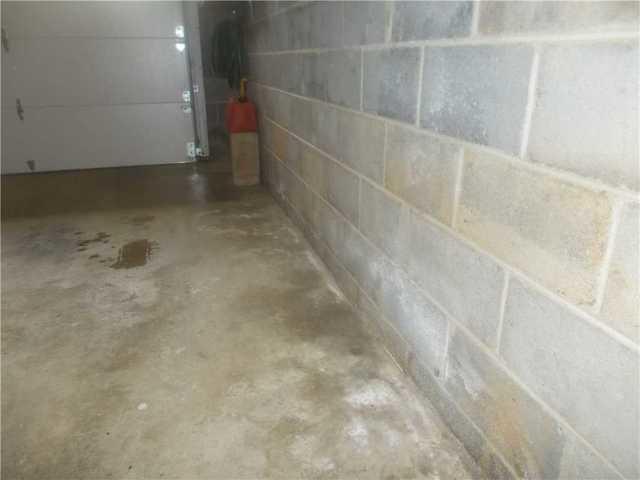 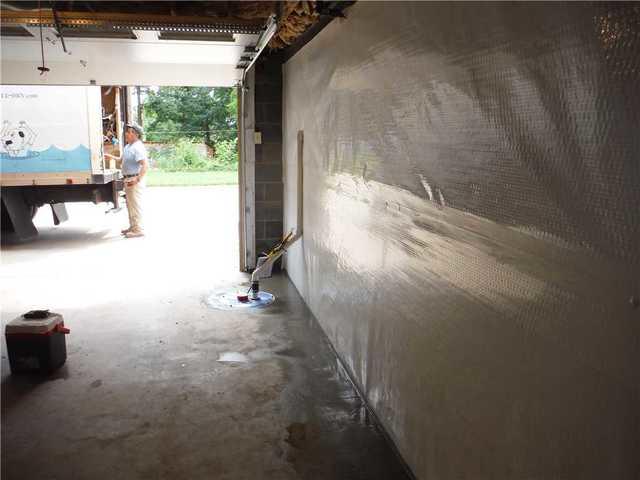 All-Dry of the Carolinas specializes in basement and crawlspace waterproofing. When this Asheville, North Carolina homeowner gave us a call and explained the situation, we were more than happy to help. They were experiencing very intense water intrusion issues. The basement would be entirely flooded, staining the floor and walls with efflorescence.  As shown in the “before” photo, in addition to efflorescence, the floors would also be tinted much darker than they once were. The water would leave the basement looking haggard and worn.

The best way to stop this from happening was to install our patented WaterGuard System along with our SuperSump pump. In the “after” photo, you can see where we’ve installed them already. The WaterGuard is inserted along the perimeter of the basement to collect the water. Once it does that, it directs the water into the sump pump system. 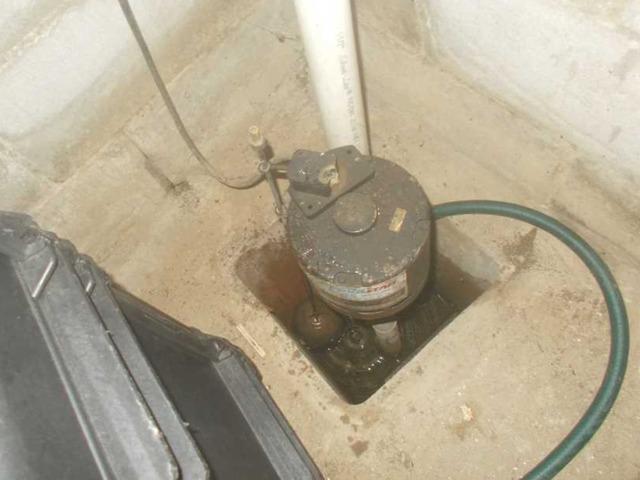 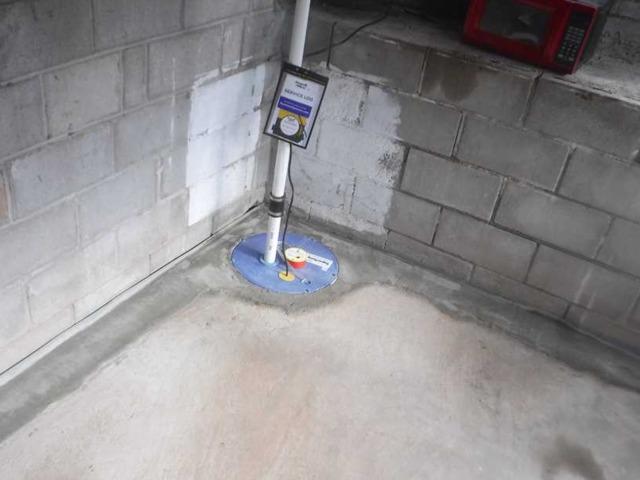 This crawlspace in Asheville, SC had major water issues. There had been an old pump that was placed in the basement that had long stopped working. To solve this problem our team installed a SuperSump system. This design of Sump Pump is a reliable pump with a WaterWatch alarm system and patented SuperLiner. The SuperSump can capable of pumping 2,650 gallons an hour and can also pump up to ½ of solids. The WaterWatch Alarm that is connected to the pump is there to alert you if any water has reached the top of the pump. The SuperLiner has over 96 holes that allow water to flow into the pump from under the floor. Overall this pump is one of the best that someone can have in their basement or crawlspace to keep water out! 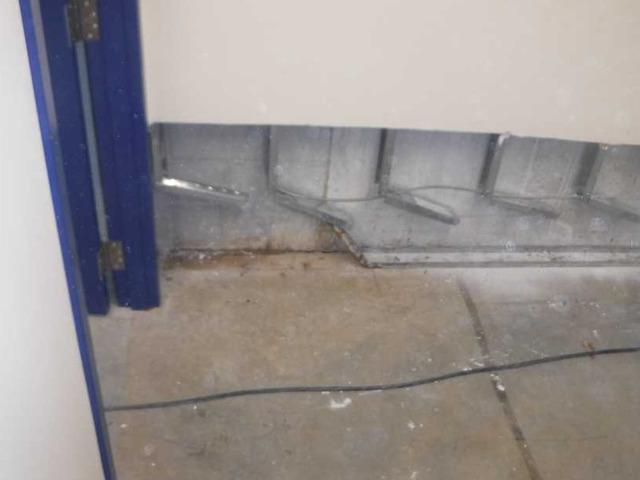 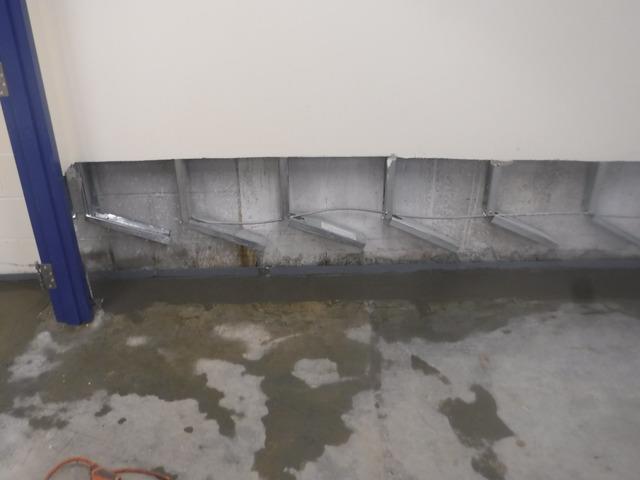 This home in Asheville, NC was having water come into their basement through the foundation. This basement was half finished and half unfinished. The water was coming in on the unfinished side of the basement, raising up through the floor, and seeping onto the finished side. The puddling water was causing major damage to the floors. The homeowners had replaced the floors a few times already before they called us at All-Dry of the Carolinas to see if we could help.

We sent our design specialist David Listovitch out to the area to check out the situation. The homeowners had already pulled up floor that in the basement when David arrived so he could see the damage. The old floor tiles were falling apart and separating, and there was water stains all on the unfinished floor leading onto the other side. David suggested that the owners go with the WaterGuard waterproofing system to solve their issue.