Something that we see a lot in homes that we visit are cracks on the exterior of the home. Almost all of the homes that we visit for cracks around the home have to deal with settlement. Settlement is an extremely common issue that happens in a lot of homes, because of the way that homes are being constructed, which simplified-is that a "bowl" is dug out, the foundation is built, then dirt is filled in around the foundation. This soil is usually pretty loose (especially compared to the undisturbed soil), and over the years begins to settle, which causes the foundation to move as well.

This is the problem that this homeowner was having. As you can see from the photos, there was a very large crack that was coming from the top of this exterior door. The size of the crack was definitely a concern for us, which is why we wanted to get out to this home and fix the problem as soon as possible. The only difficulty that we had with this project was that the area in which the push piers were to be installed was under concrete. However, this was only a small set back and was taken care of very quickly.

Push pier installation is usually a pretty simple process, which takes a lot of work. After the concrete was taken out, the crew dug holes down below the foundation, so that the push piers could be securely fastened to the foundation of the home. After the push pier is securely attached to the home, the crew carefully hydraulically pushed sections of piering into the ground until it reached a stable soil that is able to support the weight of the home.

After the piering has been pushed through, and everything is secure with the pier, the foundation is lifted. Once the foundation has been lifted to its original position, our job is pretty much finished. Our crew filled in the holes around the push piers, and then poured some new concrete to finished everything out! When all was said and done, the crack had been pushed back together and the home was much safer!

Installing Contractor: All-Dry of the Carolinas 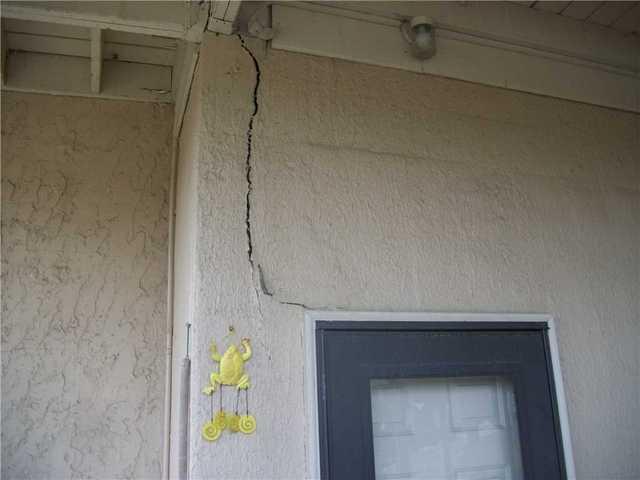 Here is the crack that was worrying the homeowner and prompted him to call us. It is a pretty large crack that starts at the corner of the door and ran all of the way to the top of the wall. Cracks like these are some of the most common types of cracks that we deal with, as well as cracks that come off the top of windows. 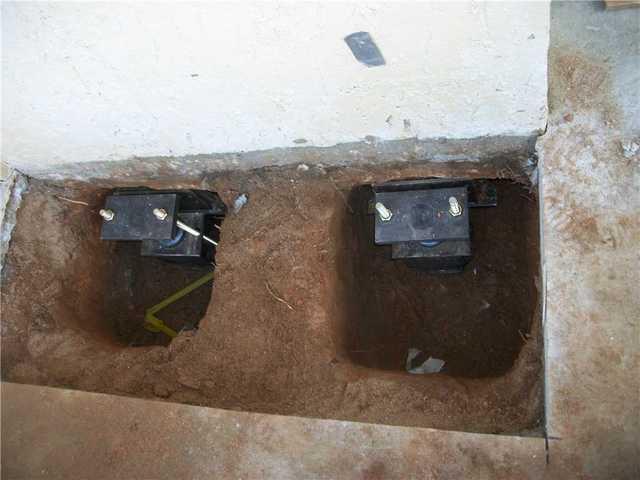 Here are the two push piers that were installed at this home. You can see how they are attached to the foundation, as well as you can see part of the piering under the top plate. While it does not seem like much, these two piers can, and did, make a huge difference on the crack. 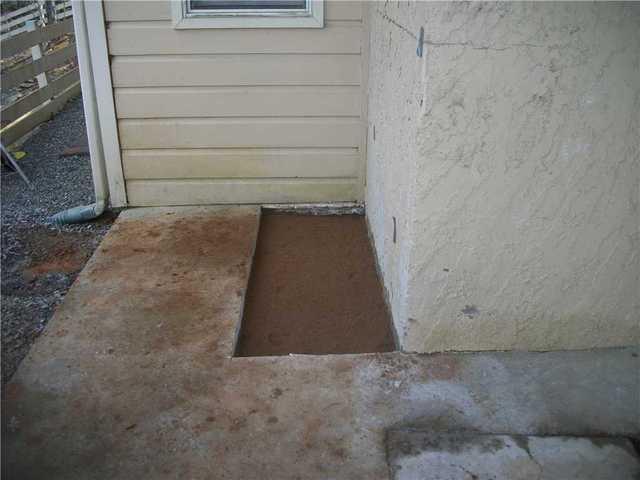 This is what the area looked like after the work had been done and the piers were installed. There is not much to this picture, but you can see that our crews are very careful with their clean up. They had to make sure the area was as level as possible, before the concrete was poured. 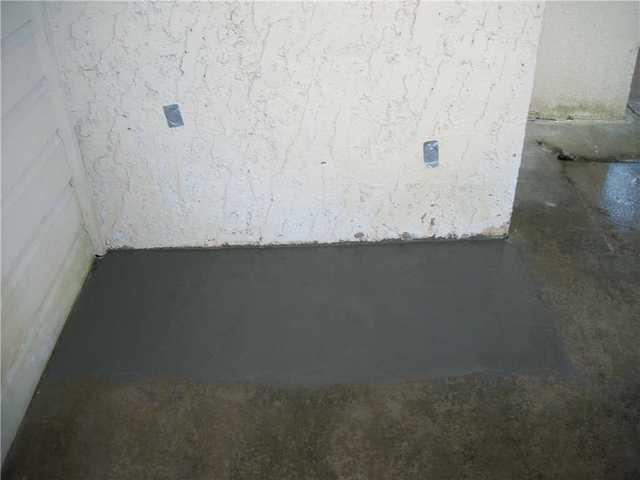 Here is the final product! While it has not dried yet, this is what it looked like when our crew was finished! Good as new! 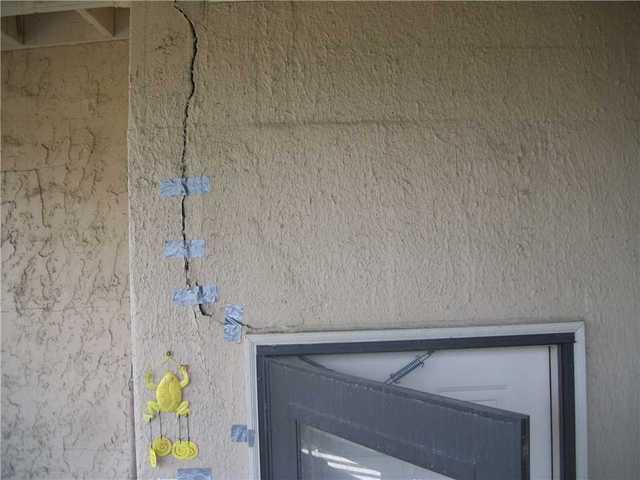 You can see just how big of a difference the two push piers made on this home! While it may not look extremely significant, some of the "crack" is actually just the cracked and chipped paint that was caused by the initial crack.