Unfinished basements can be quite tricky to deal with especially if the basements have insulation on the walls. There’s nothing particularly horrible about insulation on the walls. It’s just that we know that as long as the insulation is damp, it’s not doing its job. This Columbia, South Carolina basement, for example, had insulation on almost every wall in the unfinished side of the basement. The basement also had water leaking into the basement. The homeowners weren’t sure about the source of the water; they only knew that when the water would dry it would leave a messy residue all over the floor. Either way, the homeowners wanted this problem solved immediately. Eventually, the residents reached out to All-Dry of the Carolinas. We sent out Alex Rodgers, one of our Design Specialists, to provide them with a free estimate. He investigated the entire home, taking pictures as he did the inspection. He came to the conclusion that the basement desperately needed a WaterGuard piping system, a SuperSump pump, and a LawnScape Well. He explained to the owners that the products would focus on catching the water, depositing it into the sump, and then directing the water out of the basement and away from the home’s foundation. The owners loved the proposal and our crew, led by Foreman Jose, came out to do the work. After all the work was finished, and the cement dried completely, it looked the same. The only thing missing was the long rivers of water crisscrossing and drying on the floor. We didn’t find ourselves missing the water, and we’re sure the owners didn’t either. For all of your waterproofing needs, give All-Dry of the Carolinas a call and we’ll be sure you don’t miss your water either. 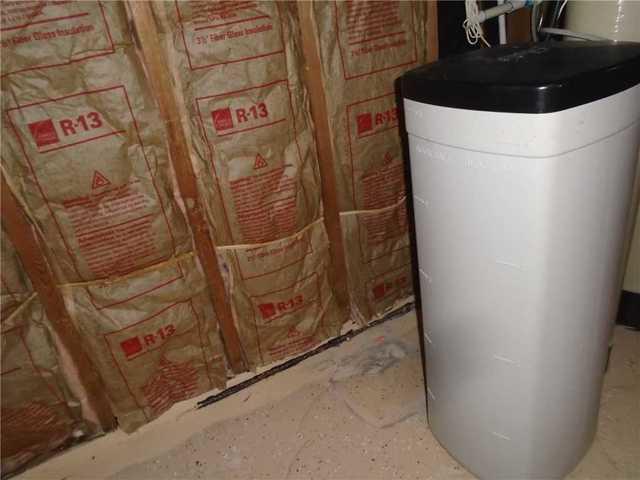 The Woes of Water

The inspection of the unfinished basement began here. Right away, our Design Specialist noticed something wasn't quite right. The floors were stained, but they also appeared warped and discolored. Believe it or not, water can cause quite a bit of damage. 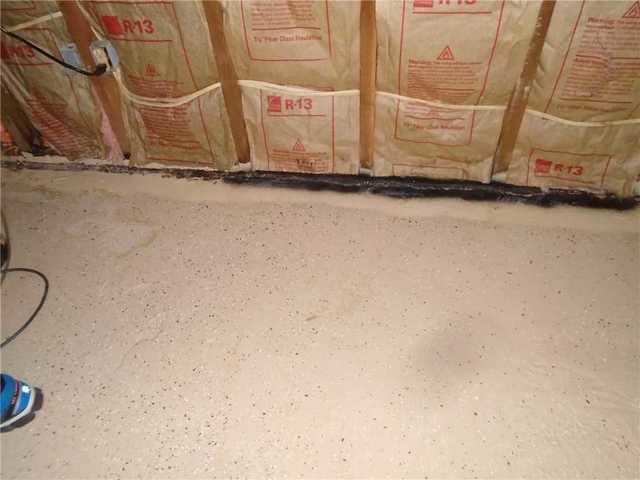 It's a little difficult to see, but in the top left corner there is a messy white-brown stain. This is what we discussed earlier. When the water comes in, it leaves behind a residue that stains the floors. 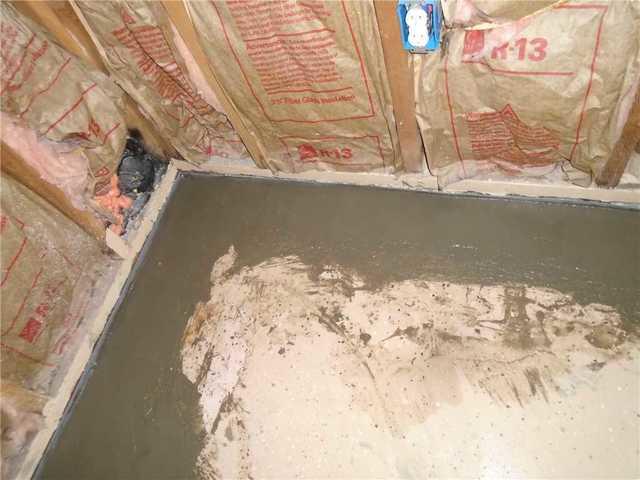 The Great Wonders of WaterGuard

If water is coming through your walls, the best solution is WaterGuard. WaterGuard is a piping system that is known for its durability and its versatility. It won't rust, but will fit into any corner quite easily. It collects water and deposits it into the sump pump. 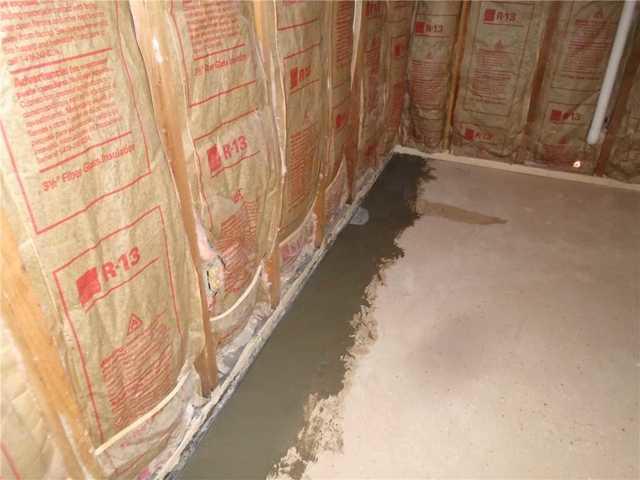 Once the WaterGuard has been fully installed, it is recovered with cement. The cement is left to dry and eventually it blends in nicely with the floor. For the WaterGuard, we usually leave the inspection port exposed. The service technician can use this port to run flood tests during Annual Service. 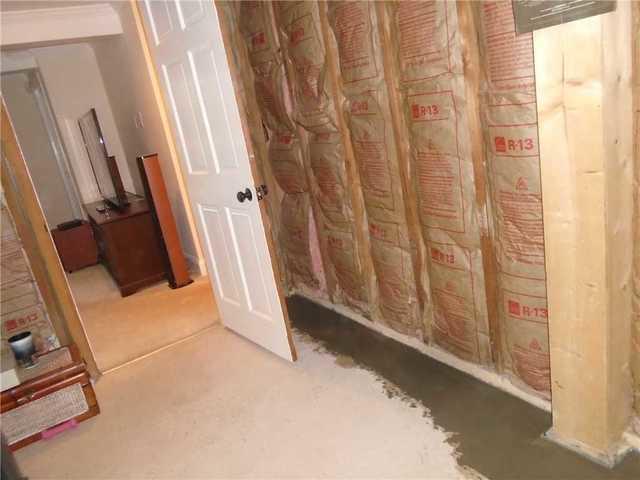 How Does It Happen?

What we do is actually jack hammer a line of the floor up and then insert the WaterGuard around the basement's perimeter. The piping system is installed tight to the wall and will allow in only water. It's inexpensive and never in the way. 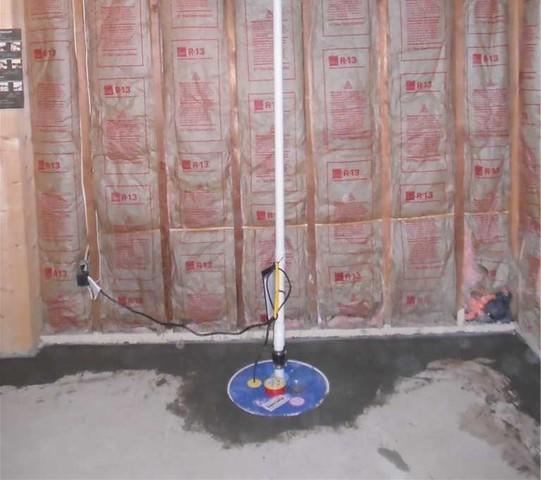 The SuperSump is Savy

The SuperSump pump is one of the best models on the market. It uses a high-end 1/3 horse power Zoeller cast iron pump with a mechanical float switch. It can pump 2,650 gallons/hour smoothly and quietly. It's the ultimate weapon against chronic water leakage.

Back to Previous Page