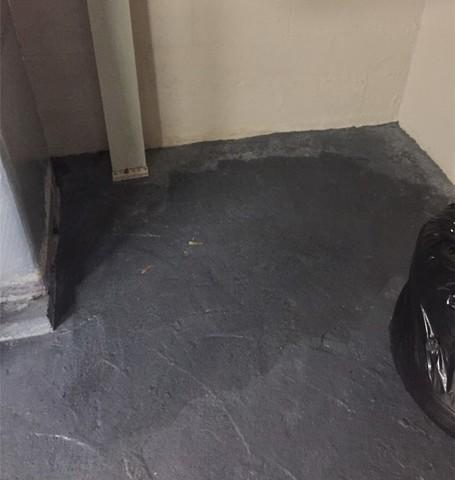 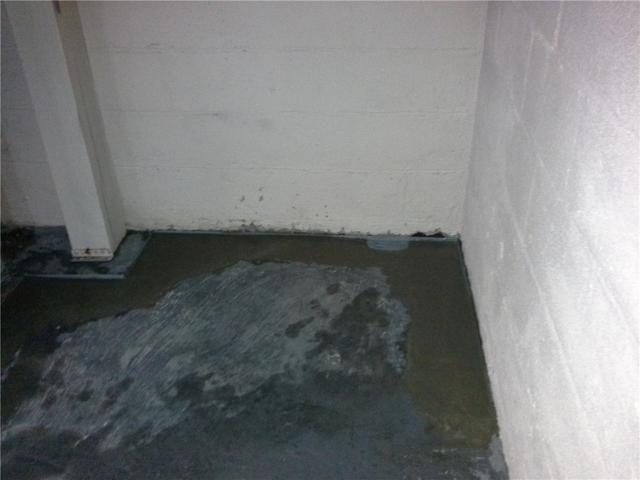 The "before" photo shows off one of the areas where this homeowner was getting quite a bit of water in the basement. As you can see, this entire corner was pretty soaked. This would happen just about every time that it would rain in the area. This was one of the areas that had it the worst, but there were still other areas in the basement that water was getting into.

The "after" picture shows the same area as the previous picture, but after our products had been installed in the basement. There was much more that was done in this home to help with the problem, but the product here is the WaterGuard Drain. WaterGuard is completely in the floor and is not invasive at all. When installed, it leaves a small gap between the floor and the wall, where the water flows into. It is then drained off to the sump pump where it is pumped out and away from the home. This is a relatively simple system, but it must be done correctly.