This home was built on an area where a lot of water would pool up, so there was almost always water under the home. However this got much worse when it would rain in the area (which was quite often unfortunately). During these rainy times the ground in the crawlspace would almost completely change to mud and wouldn't dry out, meaning that there was almost always moisture in this crawlspace. After the homeowner learned about the state of the crawlspace, they wanted to have it taken care of so that they no longer had to worry about the health of their home or themselves. One of the biggest issues for the homeowner was making sure that no more mold would be growing in the crawlspace or get up into the home.

This homeowner initially found our company while scouring the internet for companies to work on their crawlspace. They were initially impressed by our website and the content that was local to the Waynesville area. This led them to book an appointment with our System Design Specialist, who came out within a week of their call. They were even more impressed with the presentation and knowledge of our Specialist, and decided to have the work done that was proposed by him. This homeowner actually had his his project split in two different installations, one for the foundation issues and another to encapsulate the crawlspace. For the sagging floors in the crawlspace, our Specialist suggested going with a few SmartJacks to support the floor. The recommendation to waterproof the crawlspace was a much more extensive project, which included CleanSpace, drainage matting, a SuperSump Plus sump system, and last but not least an EverLast door.

One of our crews went out to the home about two or three weeks early in order to install the SmartJacks. This only took one day, but the crew worked hard to make sure each SmartJack was installed in the proper place to support the sagging floor. After this was taken care of, another crew was able to come back to the home to make sure that the homeowner no longer had to worry about water in their crawlspace. The crew did this by first installing the SuperSump Plus to help pump out any water that makes it into the crawlspace. The next big portion of the job was to install the drainage matting which helps to move water to the sump pump. One of the most important parts of the installation came next, with the CleanSpace liner being put in. The CleanSpace is what really separates the crawlspace from the earth. The crew then put in the EverLast door, which is an inorganic, plastic door that creates an airtight seal, preventing air from getting into the crawlspace. Last, but not least the SaniDry Sedona dehumidifier was put in the crawlspace to ensure that the relative humidity level is low enough to prevent mold growth. While the CleanSpace does a great job at preventing moisture and water from getting in, it doesn't quite catch everything, so the dehumidifier acts almost as a back up.

Installing Contractor: All-Dry of the Carolinas 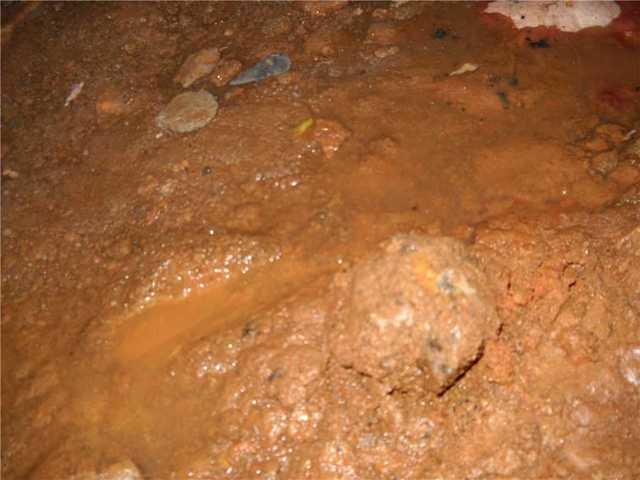 This is just a little look at what the ground in the homeowner's crawlspace looked like. It was completely soaked, through and through leading to an extremely high relative humidity level and mold growth. 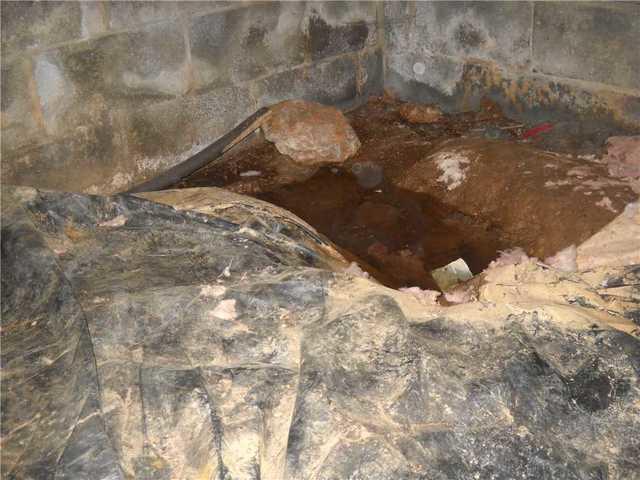 Here is a huge puddle of water that had formed under the home. In many areas of the crawlspace, the water would get caught above the old crawlspace liner and would just slowly evaporate and increase the relative humidity level in the crawlspace. 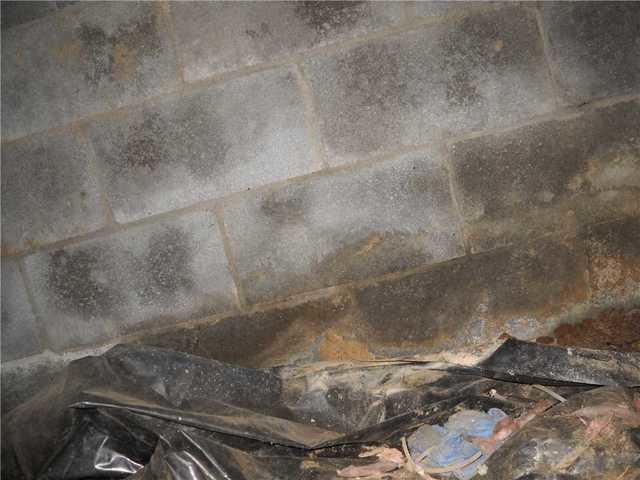 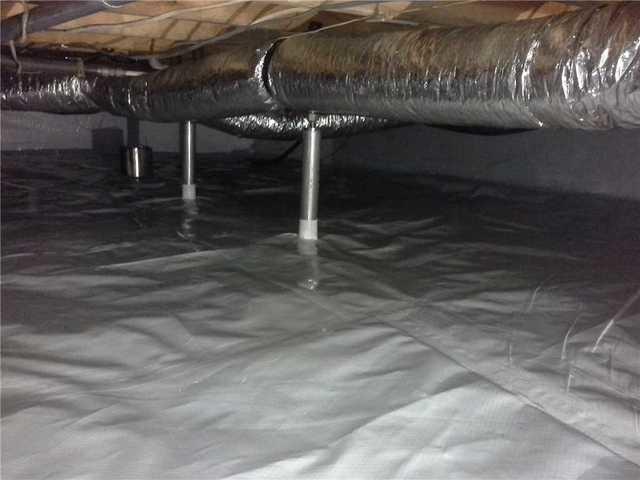 Here is what the crawlspace looked like once both crews had installed both the SmartJacks and the CleanSpace encapsulation system. It completely changes the look and function of the crawlspace, keeping moisture out of the area and keeping the homeowners from worrying. 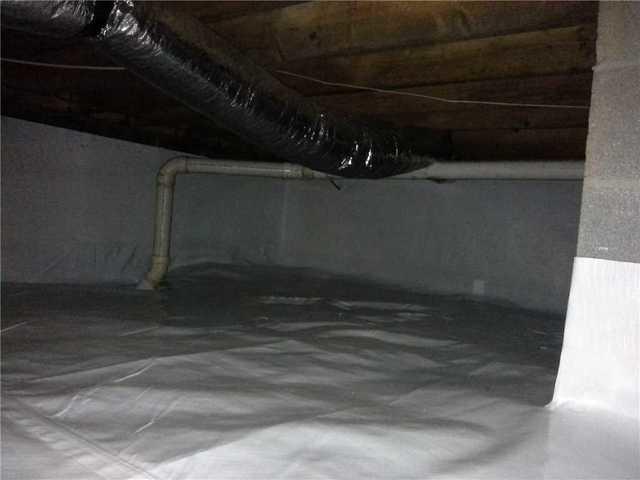 Another photo showing the CleanSpace that was installed in the crawlspace of the home. This homeowner was ecstatic that we were able to solve all of the issues that they were running into under the home.